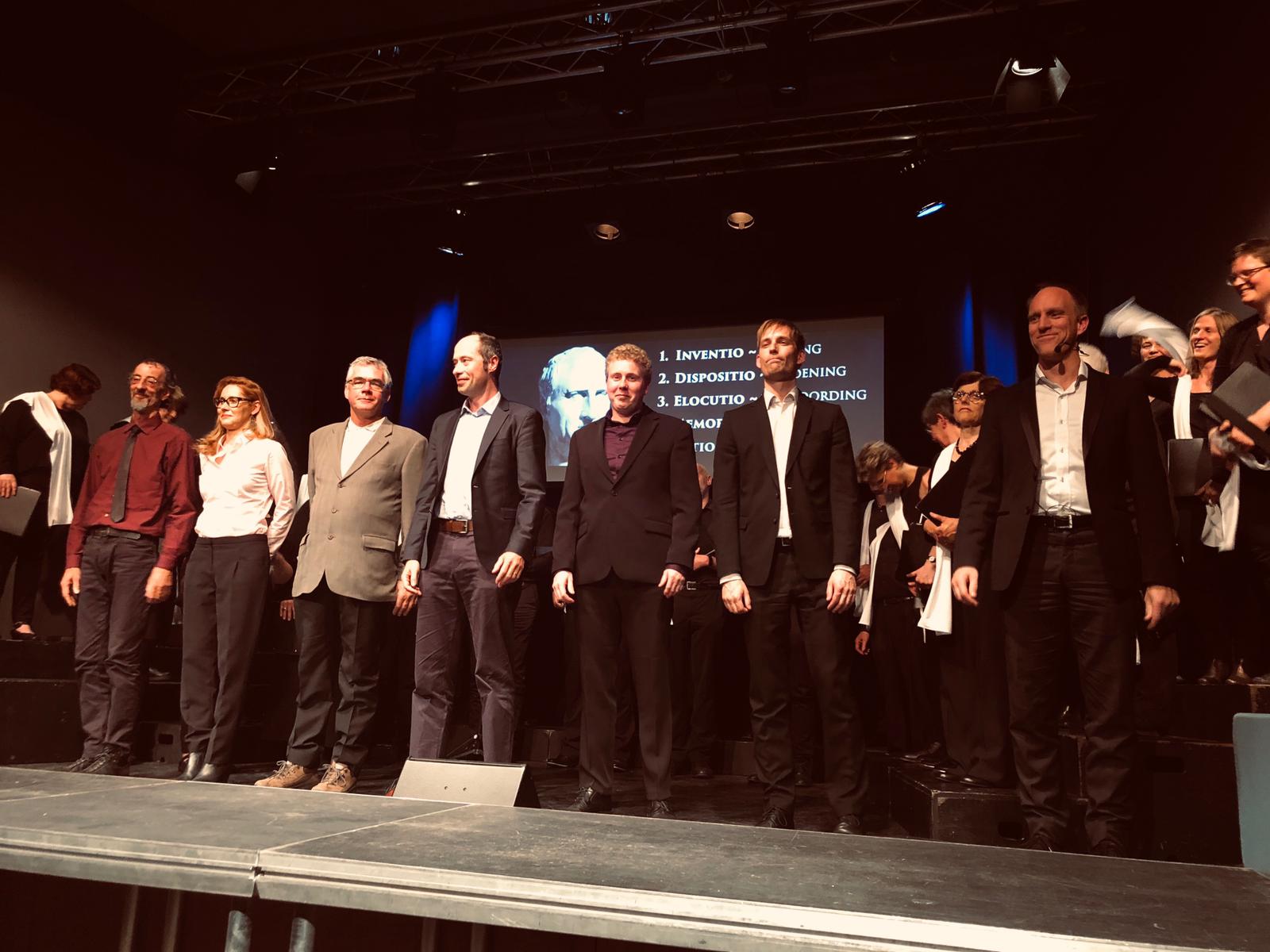 John, you came to see our show on Saturday. How did you like it?

I really enjoyed it, I had high expectations because I had heard how the preparations were going, but it still really exceeded them.

What in particular exceeded your expectations?

The speakers! I see them regularly, I am quite used to hearing them speak. They were way above their normal level. The sound system and the stage lights helped, but their performance was also way above normal, and they’re already decent speakers to begin with.

You also went to the division conference in the afternoon. Apparently, it was quite different. Can you comment?

It’s a totally different experience. The division conference is a good opportunity to network, to hear what other Toastmasters are doing. There are interesting workshops: George Parker about presentations, another speaker about non-violent communication.
A point of contrast was the English speech contest versus the Retorica & Musica evening. What added to the speeches, was that they were all connected, with a single theme. The level was very consistent. In the contest, you have completely different styles and widely varying levels. Retorica & Musica was more entertaining, especially with the music in between.

I enjoyed it very much. I generally like choral music. I’m not an expert but it was very well performed. It really helped the experience. You need a short break between speeches and the music served that purpose beautifully. I especially enjoyed the part where the conductor made the audience recite along.

Did you recite along?

When we were talking before, you were saying we should show this to other clubs as something to work towards.

Yes, entertainment-wise, this is the best Toastmasters event I’ve ever seen. I think it would be great if Toastmasters Leuven could perform this again. Also if other clubs could do something like this in their own town. The speakers got so much out of working towards a bigger goal. Especially the less experienced speakers made a massive jump.

I really enjoyed seeing speeches with a related theme, and that’s something we could even do in a club meeting. Not necessarily in a several-month long project, but still something more than a collection of separate speeches.

Would you get involved in that case?

Count us in, Simon