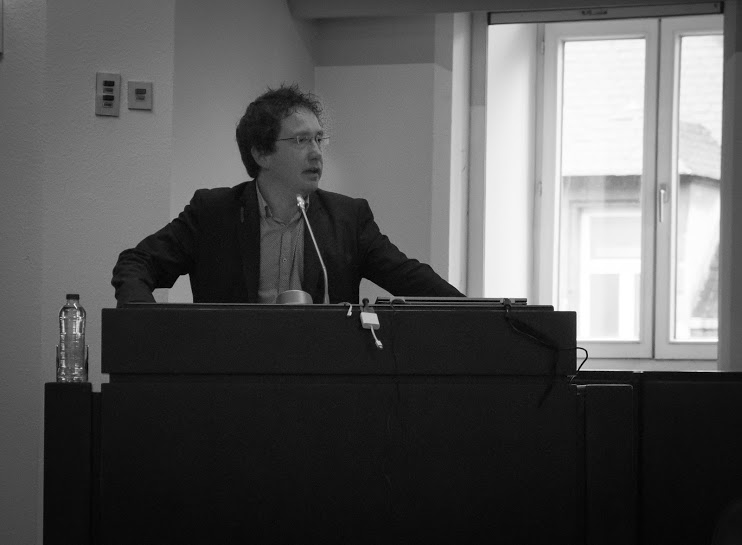 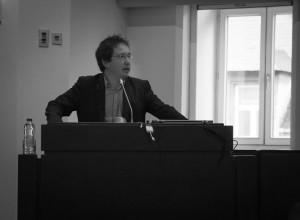 What if you’re only 35 years old and you’re struck by Parkinson’s disease? You find that you gradually become unable to function normally. You can’t control your movements. You shake.

This happened to Jan Vermeir, working with the Belgian foreign affairs department. Together with European and African countries, he helped people, combated injustice, realised changes in the UN food aid rules.

The man is one of the most inspiring people I’ve ever met. He talks in terms of how Parkinson’s improved his life. It challenged him to start helping his partners in adversity. He has a great sense of humour. Asks the audience to stop shaking. Tells them he forgets his text… must be Alzheimer’s, he jokes. The first time I heard him speak, I had tears in my eyes. I have them again now that I’m writing about him.

A couple of months ago, he was the first flemish person ever to receive a new type of Deep Brain Stimulator, a device with electrodes implanted 10 cm into his brain to stimulate it. He’s still working with his doctor to find the optimal settings for him. That doesn’t stop him taking on formidable challenges, though. Most notably, he will give a talk at TEDx Leuven next week.

I have the great honour of helping him prepare as part of my mission to coach public speakers. Like any other speaker, he has his challenges. He finds that it requires an awful lot of brainpower to study his text, to make the transitions clear and so on. I assume that it’s harder for him to activate this brainpower than for other people. I do recognise his struggle very much, though. Concentration power has always been an issue for me, too. I guess that’s why the coaching process seems to be working between us. I challenge him. I make him practice a small part of his speech over and over again until he can do it without looking at his notes, without losing his amazing sense of humour and charisma.

Even though I’m not financially compensated, I feel I’ve never been this greatly rewarded for the work I do. I want the whole audience at next week’s event to be as touched by his positivity as I am.

Writing this is important to me. I want to put my emotions onto paper. It’s also for him, because he will be the first person to read it. I will ask him how he feels about this article, because I want to publish it on my website with his picture next to it and perhaps a link to his organisation for young Parkinson’s patients. I want him to feel good about it. I want him to know how much of an impression he makes and how much of an impression he will make at TEDx. Jan, here’s to your success as a speaker! I look forward to seeing you on the big stage.