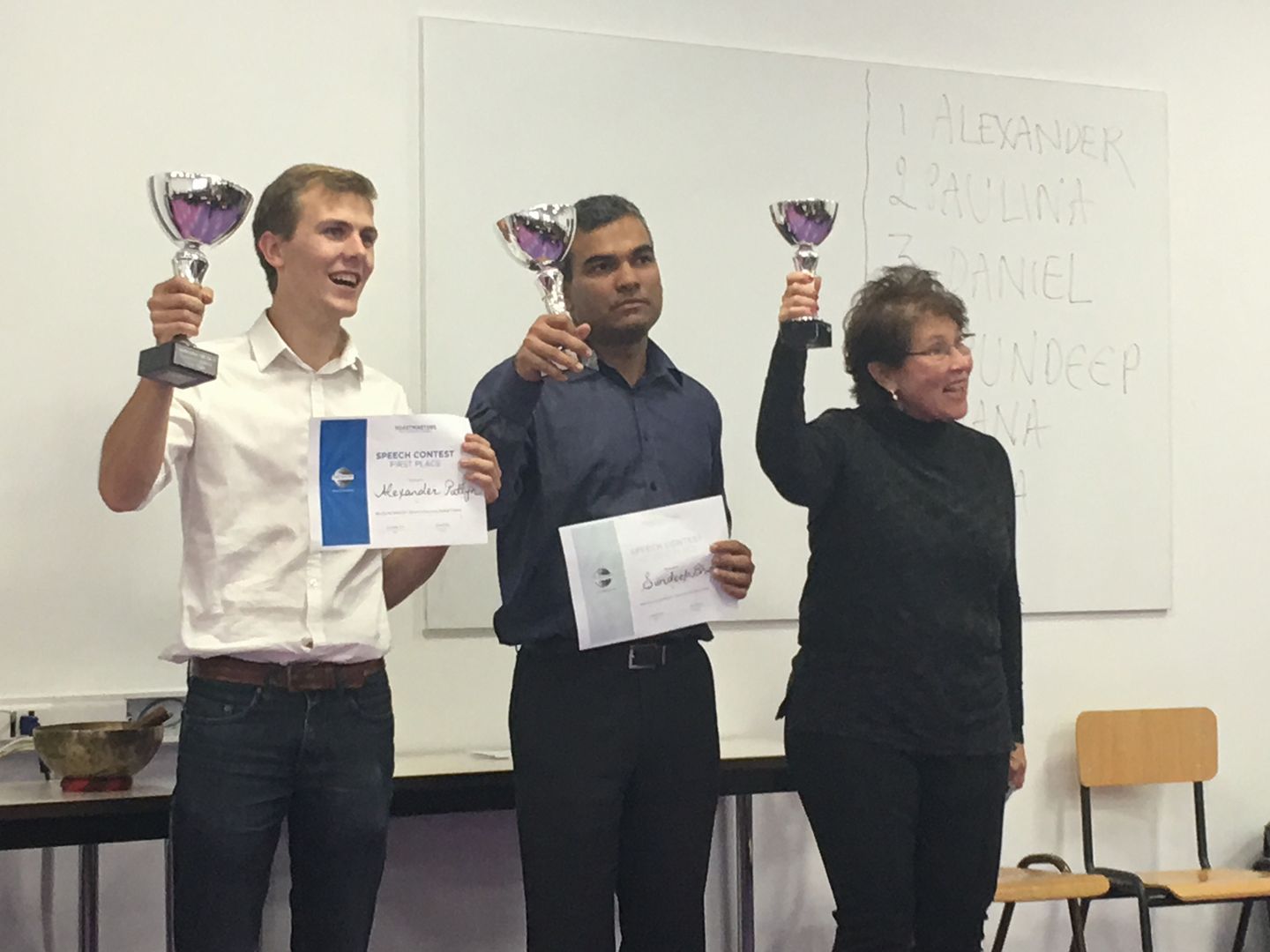 Last Saturday was the division B contest. As you know, area B4 was represented by two Fonkse Leuven members Alexander and Joan. Both did really great!

Especially Alexander, as he came first in the humorous speech contest! As a consequence, he will represent the division (Belgium, Luxembourg & Northern France) on the district conference in Madrid!

This is a fenomenal result given his young age (22). He was really surprised and overwhelmed as it was never his goal to come this far plus he has some deadlines for his thesis and other schoolwork.

It is considered a once in a lifetime opportunity so let’s continue to support Alexander during the next two weeks to get him well prepared in Madrid to deliver a great speech!